The overall rating is based on our expert opinion - (We currently don't have all the devices rated at this time). Feel free to leave your opinion on this device in the "reviews" tab.

The Acer Chromebook R13 is equipped with a durable and agile 360° hinge that allows you to have four usage modes at your disposal. Depending on what your current circumstance demands, you can turn the device into a tablet, tent, Clamshell, or spread it out like a mat on a smooth surface.

Equipped with a processor that can hit clock speeds of up to 2.1GHz, the Acer Chromebook R13 is a beastly device. Capable of handling the most demanding of tasks, this device maintains its consistency throughout while you have several instances running simultaneously. Do more and even have multiple tabs open without the annoyance of lags and stutters.

With over two million apps, the Google Play Store is the biggest hub for task completing programs. Now, the services have been extended to Chromebooks meaning Chrome OS-powered devices are granted access to a large selection of programs. On the Acer Chromebook R13, you can download and run your favorite apps and programs straight the Play Store like you would on your Android device.

A Peace of Mind

With Chrome OS’s built-in anti virus protection, impenetrable security and an abundance of automatic updates, the Acer Chromebook R13 allow you peace of mind while you use. All your private documents, emails, photos and personal data are kept safe at all times. With integrated instant access to all the amazing apps in the Chrome Web Store and Play Store, you never have to worry about not finding the right program.

Feeling like both the Android and Web Store apps aren’t quite cutting it? Run your favorite Linux apps without ever having to leave Chrome. No dual-booting or complicated installation required. Simply run a command and enjoy Linux atop Chrome OS.

Boots Up In Seconds

Who doesn’t love fast boot up times? With the Acer Chromebook R13, your device starts up in under 10 seconds for quick, easy cloud access, where students and teachers can connect to learning resources. And the Chromebook doesn’t slow down over time, so you’re always ready to learn.

Write and watch whatever you want from YouTube videos to episodes of your favorite shows in all its clarity and from wide-viewing angles as the Acer Chromebook R13 comes with a panel that features the newest IPS technologies.

Benchmarks (Not an accurate representation of real-world performance)* 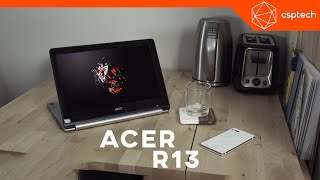 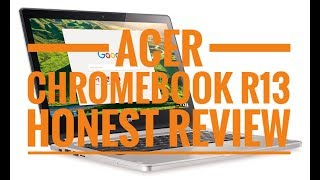 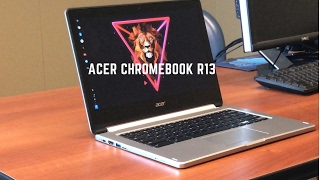